About 9 kilometres south-east of Sydney’s CBD, Kensington is a neighbouring suburb to Randwick and, as such, lays claim to the most glorious of Australian race tracks – the ‘last bastion of the male hat’ – Royal Randwick Racecourse.  You will often hear the clip-clop of horses’ hooves on the streets of Kensington as strappers walk thoroughbreds to and from their stables.  This is one of the few Sydney precincts where the horse still commands right-of-way and scant wonder.

Just up the road from the Royal Randwick Racecourse, is the University of New South Wales and NIDA, the National Institute of Dramatic Art, whose graduates include superstars Mel Gibson and Judy Davis.  Kingsford is a short stroll away. 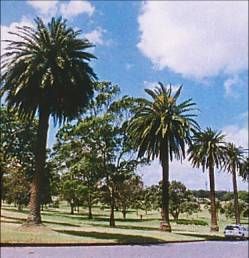 Add the racing personalities to the mix of university students and aspiring young actors and combine that with Kensington and Kingsford’s multicultural population and you have a suburb with an extremely eclectic population, which is mirrored in the variety of restaurants on the main street.

From Kingsford, it’s just a brisk walk into magnificentCentennial Park, and Sydney’s CBD is only 20 minutes away by bus.  Some of Sydney’s best beaches – such as Bronte, Bondi, Coogee and Maroubra, to name a few – are just over the hill to the east.  Within comfortable walking distance, too, are the Sydney Cricket Ground, the Sydney Football Stadium, Entertainment Quarter, historic Victoria Barracks and Paddington.  The Entertainment Quarter, with its shops, cafes, entertainment and weekend markets, occupies the land that was the home of the Royal Agricultural Society and the Easter Show for 120 years.